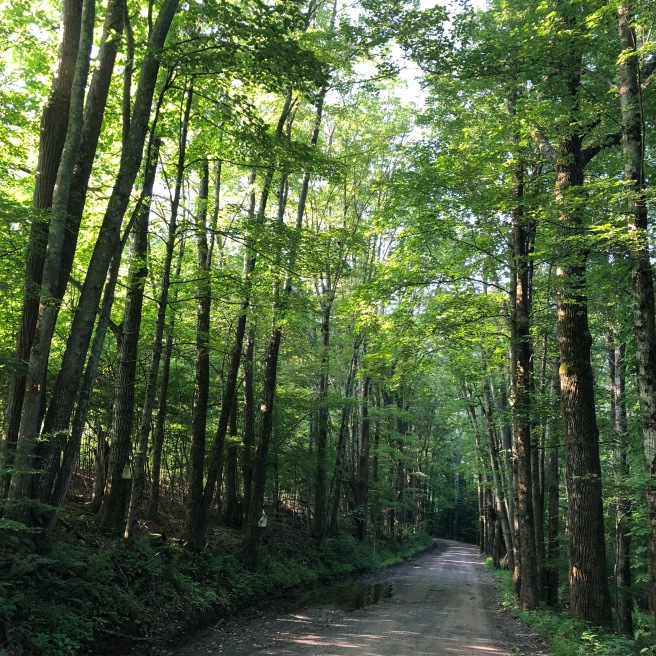 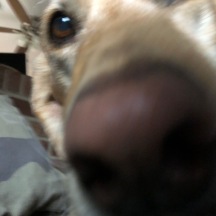 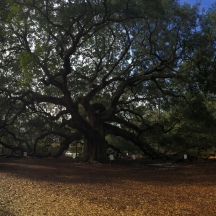 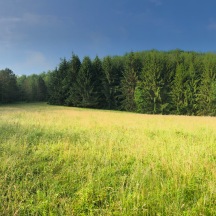 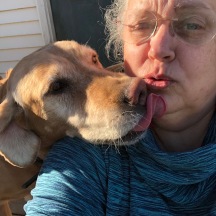 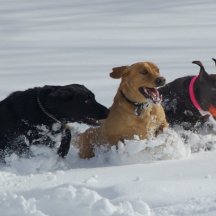 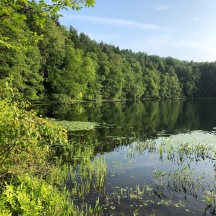 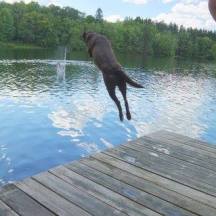 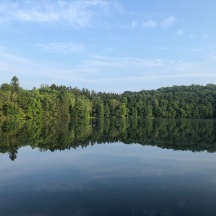 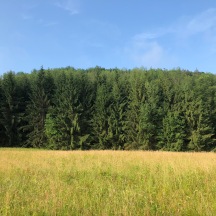 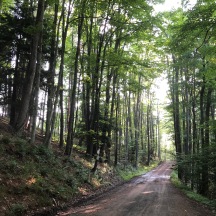 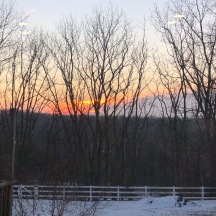 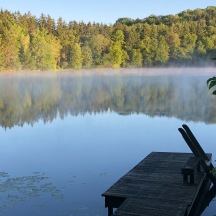 In the early 1900s, when most transportation was of the four-legged variety, the small city of Carbondale, Pennsylvania, boasted a lovely city drinking fountain in its town square that quenched the thirst of humans, horses, and canines alike.

The post card below depicts that fountain in its prime, before up-and-coming horseless carriages, those miracles of modern technology, made horse-watering fountains unnecessary in a town square.

Sometime in the 1920s, one of Carbondale’s prominent citizens, a local businessman and jeweler who served on a number of the city’s businesses’ boards, purchased the fountain from the city and kept it running until it outlived its usefulness there.

In 1933, according to local newspapers of the day, the fountain owner moved his fountain from the city square to his cottage property out in the country, some 30 miles away. There the fountain would become the centerpiece of a lovely pond abounding with giant goldfish and gardens filled with award-winning gladiolas. The same newspapers that documented the 1933 move of the “iron maiden” (as the fountain was called in Carbondale) to the country, also reported on the thousands of gladiolas (one article cites over 3,000 bulbs planted in one year), that graced the fountain’s new grounds.

That city fountain — the same one designed for service in a dirt-packed town square trafficked by horse-drawn buggies and wagons, the same two-tiered, human-horse-and-canine-watering fountain brushed aside by the industrialized age — found new life and purpose in a country setting by creating a garden aesthetic uncommonly beautiful for its time.  The site was so beautiful, again according to the period’s newpapers, that the same citizens of Carbondale who enjoyed the city fountain in its urban heyday traveled to its new location out in the country to enjoy its quiet beauty there.

That old fountain, even in disrepair, still managed to find purpose. Instead of providing cool drinks on hot summer days, as it had in ages past, it watered the budding imaginations of generations of young people who hiked camp lands, explored its woods, or lived nearby.

Local youngsters imagined the fountain to be part of C.S. Lewis’s Kingdom of Narnia; resident campers imagined it to be a magical place of fairies and wood elves or the fabled Fountain of Youth; still others thought of it as a vestige of Camelot that once watered the horses of kings. Decades beyond its prime, the old fountain no longer quenched physical thirst, but it nourished the hearts and minds of those who found it hidden among the weeds of time.

The two-tiered fountain from Carbondale’s town square has lasted a century. It has weathered seasons of change and usefulness throughout its 100 years. As times changed its purposes changed, but the fountain never became useless or obsolete. It survives to this day on the land that once belonged to the fountain owner, the land that became camp land upon his death, the land that was left to reclaim itself, growing ever more wild as years went by.

How do I know? I’ve seen it. I saw it yesterday (see picture below, taken 02/17/2019). The old fountain sits on the 70-acre parcel we bought in 2018. The fountain’s owner was E. C. Ely of Carbondale, my Great Great Uncle Ed. The exact site of the fountain and former goldfish pond sits adjacent to our Field of Dreams.

And our plan is to restore the fountain to its former glory, or at least as close as we can come.

Just because something is old doesn’t mean it’s useless. It may, of course, be unble to fulfill its original purpose. Times change, and with changing times come changing methodoligies and technologies and cultures. But if we look hard enough, we can find new purposes for old things.

Maybe the same could be said for people. More specifically, this old gal. But that’s a story for another day.

All I know is that as I stood looking at Uncle Ed’s fountain, thinking of the changes it’s seen over a hundred years, I was humbled to think that this old-fashioned means of refreshment found a way to bring life to others simply by changing its location and purpose. It found different, but equally important, uses with the passage of time.

I can’t wait to see what the old fountain becomes during its new season under our care. It may take a few years to get it back to working condition, but that century-old fountain will serve new purposes for yet another generation. What that purpose is, well, we’ll have to wait and see. But when we figure it out, you’ll be the first to know.  Stay tuned.